A weekend that was expected to be dominated by men was hijacked by a room full of powerful women. Beast At Play hosted a fit party in the heart of downtown Los Angeles. The energy in the room was empowering. Beast At Play is the brainchild of fitness guru, Jackie Brooks. Jackie travels across the country cultivating events similar to the All-Star Event. 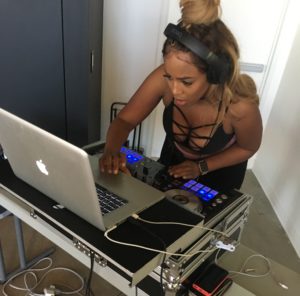 As I walked in the room, I was captured by the music being played by DJ Demi Lobo. It was a bright opened space with plenty of sunlight. As I walked deeper into the room, to my left was a salad bar prepared by the vegan chef, Lauren Von Der Pool. Next to the salad bar, a vendor table featuring the boutique, House of Pari created by Paris Clayton. Across the room, another vendor table, featuring a vegan lipstick created by Senegence. Basically, #GirlPower captivated the room!

The day began with networking and opportunities to shop with the vendors while enjoying the music provided by DJ Demi Lobo. The first segment of workouts began on a positive note with a warm-up matched with affirmations. Eventually, the ladies were split into pairs, with a partner they had not yet met. Having an odd number of participants, I jumped in. Believing that I had not done that much work, only participating in one segment, I was greatly surprised the days following the event when my body was feeling the effects of the workout. The last segment was 90 seconds of intense cardio with music that made you feel fired up. After the workout, the ladies were invited over to the salad bar. We connected, related, took pictures, and encouraged each other. It was all around good vibes and no power trips. 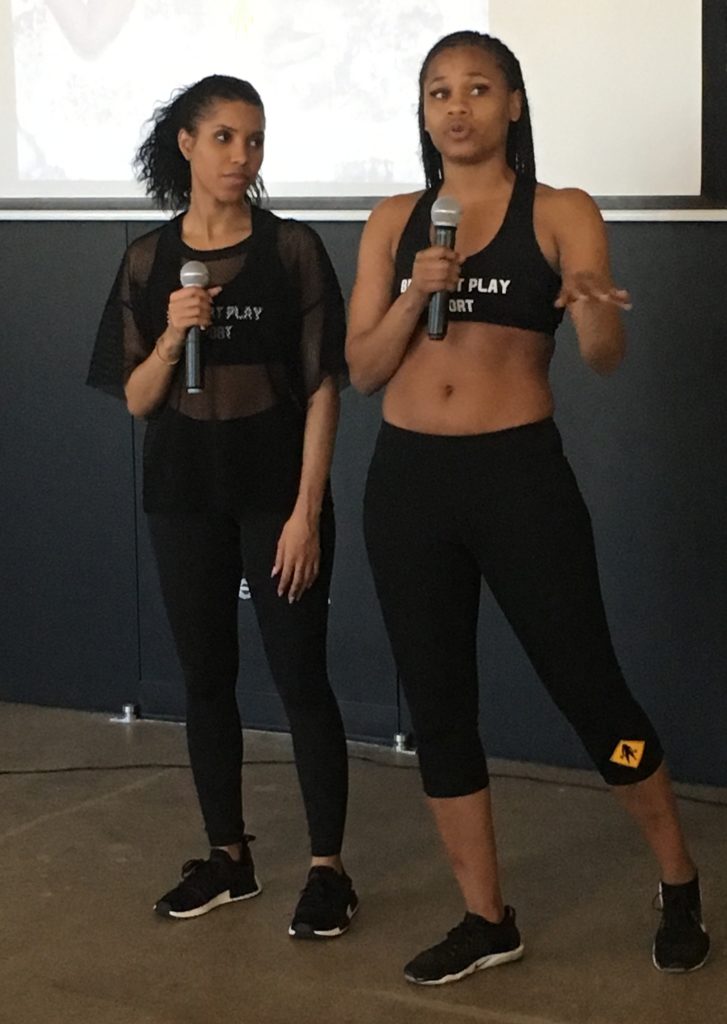 Jackie was able to bring together women from different walks of life, all with one thing in common…They were ALL Bosses. More importantly, they were all welcoming with a motivating spirit. The host of the event was comedian and internet sensation Jasmin Brown. Jasmin is from West Palm Beach, Florida and raised to fame through social media. This past fall she starred on the comedy series 50 Central which was presented by 50 Cent. Most recently, she was a finalist for the Social Hustle Award through BET’s Social Awards ’18. Jasmin brings a energy through her videos on social media which is both uplifting and relatable. This same energy was present at the Fit Party.

Sisters, Adaeze Angel Henry and Chitom ChiChi Henry are familiar faces on Jasmin’s social media stories and posts. It was a pleasure to interact with these powerhouses in person. Angel is a manager and consultant in the entertainment industry with Mod Vue and Chi Chi is DJ that goes by the name Hollywood Chi Chi.

Also in attendance was Ariel Tinsey Enabosi. You all may remember Ariel as our #WomanCrushWednesday in May of 2015. Ariel is originally from Chicago, Illinois, but later moved to Los Angeles where she graduated from Fashion Institute of Design & Merchandising (FIDM). She is a fashion maven, having conquered both the Los Angeles and Amsterdam fashion scene. After spending a few years in the Netherlands expanding both her brand and her family, she has recently returned to Los Angeles getting straight to work. Ariel is the “go to” for event, show, and shoot styling. Her most important role, wife and mother. Ariel designed a weekend full of All-Star Events. At the Fit Party, she walked in and got straight to work, helping vendors set up. Assisting with organizing volunteers. Supporting friend and fellow #Boss Jackie. 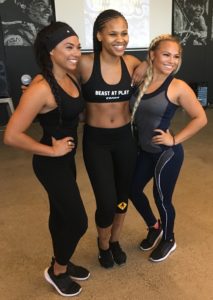 I was fortunate to spend some time with sisters Miriah and Marissa Lopez. Native Texans, Miriah, and Marissa moved to LA with their younger sister, Makenna who they vocal about being proud of. Miriah and Marissa are all things fitness! They both play on the Los Angeles Temptations Football Team. In addition to their unbelievable fitness ability, their passion for community really resonated with me.

Chicago really represented at this event. In attendance was Event Curator, Brooke Mackie , DJ Gerc Glover , and Singer/Songwriter Aleya James, who also was one of the original inspirations of the birth of Women Exceeding. Also in attendance was Chicago resident, Star McKinney. Star is a Fashion Stylist, who travels all across the country to service her clients. Star had an energy that was captivating. As I lazily observed the ladies working out, I noticed Star’s positive push through mentality. This led me to have a conversation with her after the final work out session. Star naturally has a positive and encouraging aura that is bound to lead her to great success. 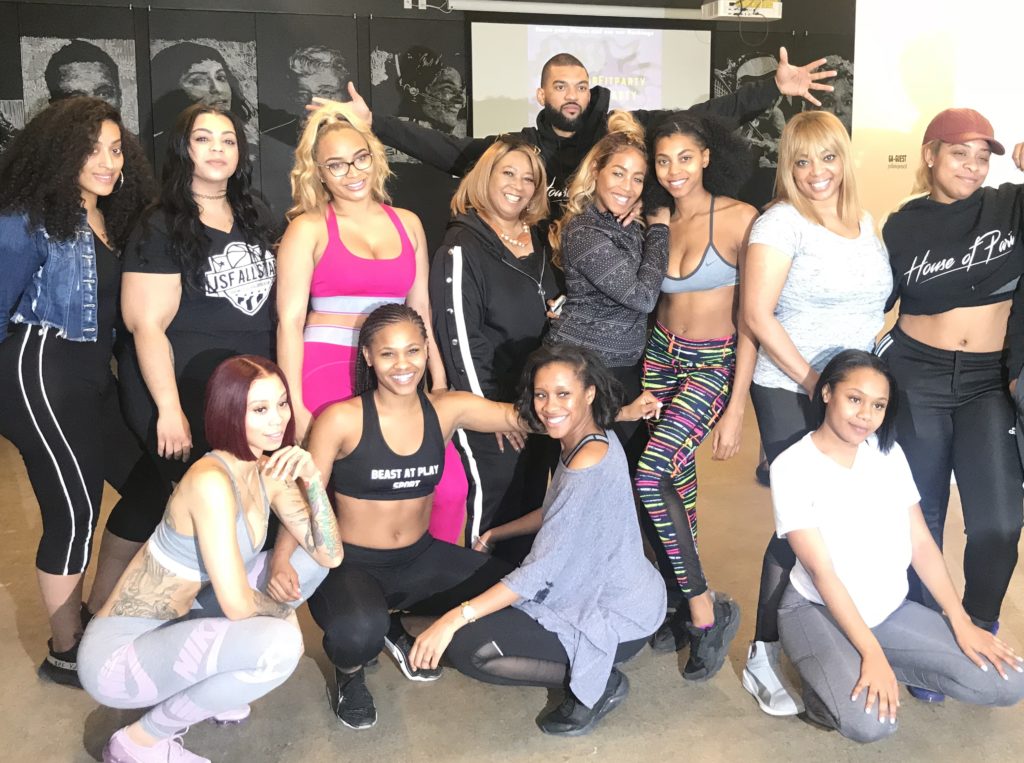 The overall theme of the event was health & wellness, empowerment, and collaboration. Each of the ladies in attendance contributed to these themes in some way. It was an honor to be among so many welcoming women who were all game changers in their own rights! Being in that room reminded me why Women Exceeding was created, to encourage women through other women’s journeys, struggles, and success. If you have an opportunity to attend a Just Jackie B production, I highly recommend taking advantage.