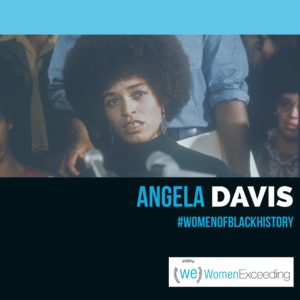 Angela Davis is an American political activist, academic, an educator and author. Associated with the Black Panther Party, Davis became known for her involvement in the civil rights movement. in a politically charged murder case in the early 1970s. In the early 1970s, Davis was involved in a politically charged murder case. She was charged with aiding the botched escape attempt of imprisoned black radical George Jackson. In the years after her acquittal, Davis has lectured at Rutgers University, Stanford University, Brown University, Syracuse University, and other schools. Davis continues to be a prominent advocate for prison reform and minority issues. “We have to talk about liberating minds as well as liberating society.” – Angela Y. Davis