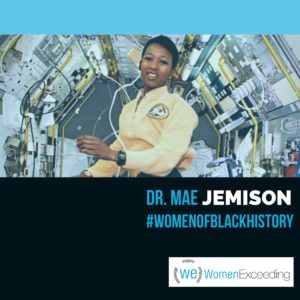 Mae Jemison is an American engineer, physician and NASA astronaut. She became the first African American woman to travel in space when she went into orbit aboard the Space Shuttle Endeavour on September 12, 1992. Prior to space travel, she served in the Peace Corp. Dr. Jemison holds nine honorary doctorates in science, engineering, letters, and the humanities. Dr. Jemison is also a member of Alpha Kappa Alpha Sorority, Inc. Currently, Mae devotes her time to the 100 Year Starship, which she says is “pursuing an extraordinary tomorrow to create a better world today.” #BLACKWOMENOFHISTORY #BLACKHISTORYMONTH #AKA