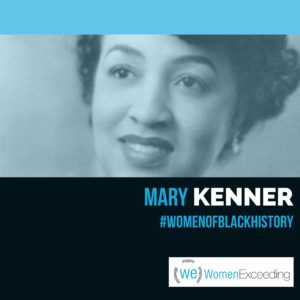 Mary Beatrice Davidson Kenner was an African American inventor most noted for her development of the sanitary belt. Now known as the maxi pad, Kenner’s invention changed feminine care forever. During an era when talk of periods was taboo, Kenner was able to patent her invention, but not until almost thirty years later. She later stated, “My inventions were never about money. I just want to help make life easier for people.” Thankfully for her resilience, creativity and passion to help others, she also patented five other household inventions which helped make Women’s every day life easier. #WOMENOFBLACKHISTORY #BLACKHISTORYMONTH