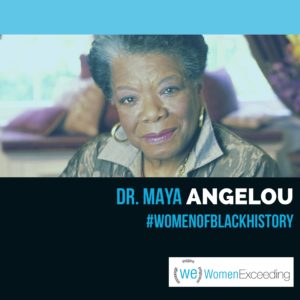 Maya Angelou was a civil rights activist, award-winning author and poet, best known for her 1969 memoir I Know Why the Caged Bird Sings. The memoir made literary history as the first nonfiction best-seller by an African American woman. A less known first, Angelou was the first African American female streetcar conductor in San Francisco in the 1940s. As an active member of the Civil Rights, Angelou worked closely with Martin Luther King Jr and Malcolm X. In years to come, she would stop celebrating her birthday, as it became the day on which Martin Luther King, Jr was assassinated. Angelou’s work remains a defense for black culture, and women’s and minority rights.