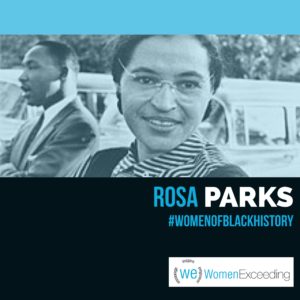 Rosa Parks was an American civil rights activist and regarded as the mother of the modern day civil rights movement in America. In 1955, Parks refused to give up her seat to a white male passenger on a bus in Montgomery, Alabama. This was the catalyst for a wave of protest that would reach all corners of the United States. Parks received several accolades during her life including NAACP’s Spingarn Medal which is their highest honor. Of the day history was redirected for African Americans, Parks said, “At the time I was arrested, I had no idea it would turn into this. It was just a day like any other day. The only thing that made it significant was that the masses of the people joined in.” #WOMENOFBLACKHISTORY #BLACKHISTORYMONTH