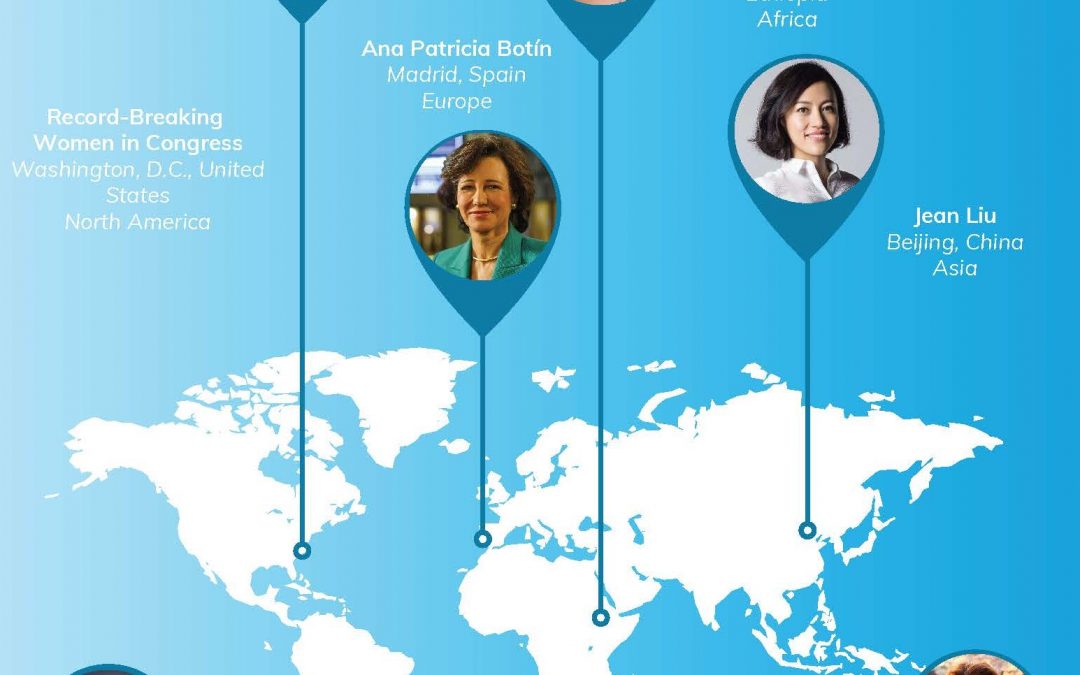 Check out these groundbreaking women from around the world. They are leaders of our fight for equality, the builders of a smarter future, and innovators for change. These women are shaping the world.

Sahle-Work Zewde, President, Ethiopia. Zewde is Ethiopia’s first women
president and the only serving female head of state in Africa.

Gina Rinehart, Executive Chairman, Hancock Prospecting Rinehart has built her wealth on the iron ore and cattle industries. She is the wealthiest citizen of Australia.