6 Alpha Woman Traits That Make You Stand Out 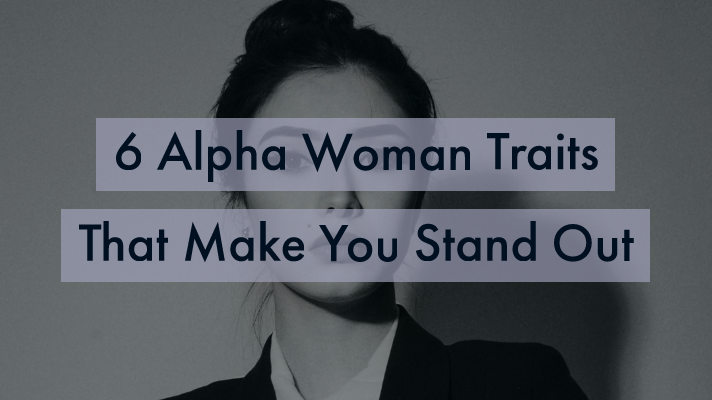 Are alpha women born or are they made? There are very few things that are as stunning and impressive as an alpha woman. She walks with certainty and has a poised sense of self-worth. She is often times viewed as intimidating to those around her, however simultaneously, very much adored due to her hard-work ethic and “get-it-done” approach. Are you an alpha woman? Keep reading to learn about the 6 characteristics you may display that will help you identify the masterful alpha woman in you.

She stands up for what she believes in

An alpha woman will stand tall, alone, if she has to. Many people attempt to silence strong women because they usually have a lot to say. She is not easily swayed, when she believes in something, there are facts and reasons behind it. She isn’t a know-it-all or inconsiderate of other individual input. She is not arrogant or unapproachable, but, rather, has a strong sense of justice and responsibility.

This is one of her most amazing characteristics. An alpha woman is the type of woman who dances through her storm. She invests in her mental strength so that she can manage any situation thrown her way. She has dealt with many manipulative boyfriends, co-workers, supervisors, friends, family; but because she is aware of her unique power, she is always able to uplift herself. When it comes to going after what she wants, an alpha woman will take the lead. She is daring, direct, and absolutely certain that the advantage she has, stems from her untamed value.

She is fiercely loyal

Loyalty is a given quality for an alpha woman because she believes in looking out for those who look out for her. When you are in her inner circle you reap the benefits of her favor, as well as benefiting from her industrious energy. She enjoys being a blessing to others, but she only trusts a few. It is true that alpha women only have a hand full of friends but have many acquaintances as they enjoy observing new people and entertaining new experiences. When a person is let into her proximity, she will do anything to protect them.

She does not put other women down

Many may think that because she is an “alpha” woman that she can’t help but compete with other women. This isn’t the case. An alpha woman knows there is no competition. She is self-aware, knows what she is skilled at, and undeniably knows what she stands for. She is socially intelligent and is able to recognize, understand, and influence emotion. When it comes to empowering and assisting other women, she knows that a candle loses nothing by lighting another. She treats everyone with respect and kindness, because it is the right thing to do.

She is a fearless leader

Being fearless is not about the absense of fear. It is the ability to feel fear and do it anyway. An alpha woman embraces this characteristic. She tends to look at the cup as half full and believes that she can inspire others and make a huge impact in the world. She is sought out for her help and guidance by those around her. She is a go-to source for information and is constantly asked for her opinion. She is often put in positions of mentorship, whether she wants to be or not, because people put her in leadership positions.

She has exceptional confidence

An alpha female is ultimately a strong woman who doesn’t conform and chooses to be herself. She has gained her strength through her journey, which is predominantly through tough past trials and experiences. She also experiences many negative side effects due to her strong traits and the center of attention that comes with it. But you know what, that is exactly what makes her the masterful alpha woman she is. Is she you?