A Journey to Happiness

“We have to choose happiness! Happy does not happen to you,”

says Arielle Caputo, a Seattle, Washington native whose passion is helping others find strength in themselves. 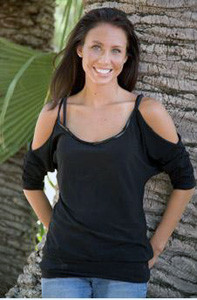 In 2013, Arielle was completely overwhelmed with the many changes in her life. Like many women today, she was carrying what at times felt like the weight of the world on her shoulders. A single-mother, with a full time work load, graduation drawing near, and the pain of a bad break up she didn’t know where to turn. “I just felt like I had nothing to live for, nothing to focus on, or to be excited about –I was just lost with no direction.” Arielle recalls a time when smiling became a foreign concept to her. At her lowest point, she acted with what can only be described as courage. Instead of becoming self-loathing she courageously decided “, to be the person that others are looking for.”

It wasn’t long before Arielle began her journey back to happiness. She joined Instagram, and began making short 15 second videos called “Power Thoughts of the Day.” By January 2014, Arielle had 2,000 followers, but being an inspiration to many online wasn’t enough for her. In the same month, she became a certified suicide intervention coach. After having worked part-time at a hotline she created a support group in Los Angeles, targeting depression, suicide, and self-injury. Soon after, this group expanded into two. 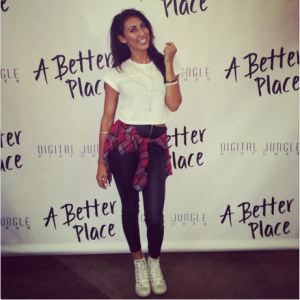 “Every single thing in our universe is in a state of constant change.” For Arielle, the trials we all face are temporary. Although, they may be difficult to endure, “you can take steps to increase the cycle to get to coming out of it.” Seeing a need for help with the younger teens in the community she launched a 24/7 chat room, so they could have a safe place seek help through their cycles of pain.

As a full-time employee in the film industry, a support group leader, and a chat room monitor, she has also published a book to help others spread positivity daily. Love You, Love Me, Love We was published in June of 2014, with the initial proceeds being donated to various charities. Within a few months, Arielle’s positive outlook has brought her several steps closer to her dream of having a reality show and live-in recovery center. Her advice to other women about being successful and reaching goals is to, “Just do it!- As long as you put your whole heart into what you’re doing, that’s just positive energy.”

Pro-Tips for Happiness from Arielle Caputo

Choose happiness the way you choose your clothes

Surround yourself with positive things

Listen to positive podcast during your day

Do yoga for 10 minutes when stressed

Meditate before bed on the things you are grateful for