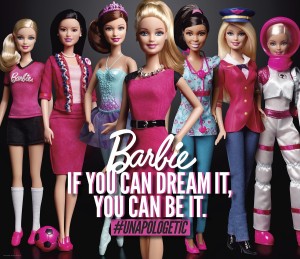 Brush her hair, dress her and treat her like she is the woman you want to be! What young woman has not envisioned herself as the famous “Barbie”? 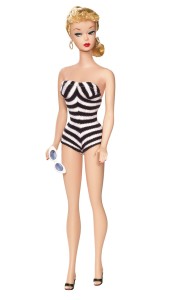 Barbie has worn many hats over her 55 years: She has been a princess and a police officer, a dancer and veterinarian, each hat being criticized sparking controversy. 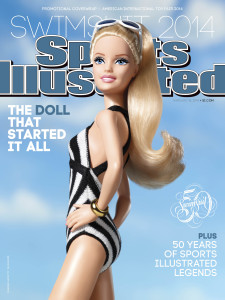 When Mattel partnered with Sports Illustrated earlier this year there was a huge debate about the image Barbie would be portraying to young women being on the front page of the magazine in a swimsuit, now months later Mattel introduces Entrepreneur Barbie and people still are not happy.

Entrepreneur Barbie is available in four ethnicities and carries a tablet, smartphone and briefcase. She also comes with a marketing back-story in which Mattel partnered with eight real-life female entrepreneurs to serve as “chief inspiration officers.”

Critics are saying things like “What exactly is Barbie an entrepreneur of? Having a smart phone, a tablet and a briefcase isn’t a career”, forgetting that it is suppose to be left up to the child’s imaginations to decide these things. The goal of the doll is to inspire and generate the idea of female entrepreneurs in the minds of young woman and this Barbie accomplishes that goal.

Although most do not agree with the idea of Barbie being a role model it is a harsh reality that she is just that to many young woman across the world. In the 21st century where female entrepreneurs are starting to blossom it is refreshing to see young women being introduced to this path by a toy they admire.