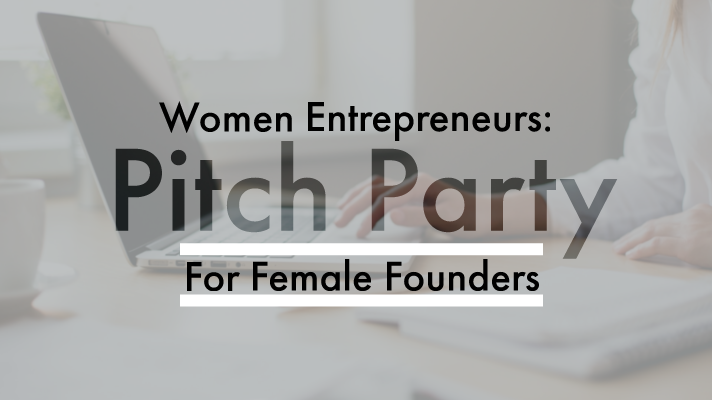 Thursday afternoon I found myself double booked with no desire to do anything but take a nap on my couch and stream my favorite shows. (Yes, I have moments of absolute unproductivity. This is why I am not Beyoncé.) I texted my friend that I did not feel like going to either event. Her response, “We have goals. I don’t care. Go to the women’s event. Sleeping is going to get you nowhere.” Annoyed, I began to get ready.

As I walked into the room of an unfamiliar building that housed a company I heard but did not know very much about, The Cannon, I found myself both intimidated and excited. I saw a vendor booth for a familiar organization that I had worked with in the past, Lemonade Day. I tried to spark conversation with the new staff. It was awkward to say the least. It is always an uncomfortable feeling not knowing anyone in the room. So what did I do, I found the bar of course. Disclaimer: This is not me endorsing drinking. I ordered a glass of prosecco (my favorite if anyone was wondering), and I told myself, “Okay, Christina, suck it up. We are doing this.” I stopped by another booth, Social Mama, grabbed a card, and took a swing at working the room. After my unsuccessful attempt of conducting a behavior that usually comes naturally to me, I took a seat at the center of the room and waited for the Women Entrepreneurs: Pitch Party for Female Founders to begin.

The first pitch was from Dr. Brittany Barreto and her company X & Y Technologies that offer a product called Pheramor. Pheramor uses your DNA to help you find love with someone who is genetically compatible. (Sigh of relief. I found my comfort point, kickass women!)

The second pitch was for a company called IDEA Kids Lab, presented by owner Anju Ray. IDEA Kids Lab is a place for kids to develop skills in STEAM (Science, Technology, Engineering, Arts, and Mathematics).

The third pitch was given by Abe Matamoros…record scratch…Abe? Like a man? Yes, Abe. Like Abraham Lincoln, Abraham from the Bible, and Cain and Abel. Oh don’t get your panties in a bunch, like one lady in the audience. His co-founders, Hieu Nguyen and Regina Vatterott, were in attendance. Regina was actually planning to do the pitch, but lost her voice the day of submission. Their product Elliegrid is a smart pill box that makes organizing and taking medicine an easier process.

After the pitches, it was time to “party.” I guess that is why there were three bars. That annoyed feeling that had come from being forced to leave my house was replaced with excitement and inspiration. I started to work the room. I was able to have a conversation with each of the female founders, an even planned to grab food with one. I met women with their own consulting businesses, commercial real estate companies, beauty product businesses, and PR firms. I even had the chance to converse with the Cannon team: Founder and CEO Lawson Gow, Chief Financial Officer Bret McDonald, and  Managing Director Maigen Berg, a woman. The Cannon is a co-working space where entrepreneurs come to “launch” their new ventures. Not only are they expanding their original site located in West Houston, they are opening a second site in the heart of the Galleria area. The Cannon also has a investor network called, Cannon Ventures. If you know me, you know I am inspired.

So on my gratitude post-it for Thursday, I wrote that I was grateful for: Chelbi, even though she is annoying. Thanks for pushing me to go!