In Her Own Corner 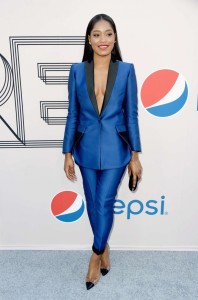 Keke Palmer has made history yet again!

Now at 21, she’s the nation’s youngest talk show host with her own program on B.E.T. and as of this month she has become the first African American woman to play Roger’s and Hammerstein’s Cinderella on Broadway. When Palmer first heard that she landed the role, she was “shocked,” but it made her realize that “if you really try and put your best foot forward, things really can happen, so it was a kind of like a moment of what I believe was truly right.”

The Masters of Sex star has been acting and working towards a moment like this for her entire career and hopes the audience will walk away from the show with a sense that everything is possible. Palmer has been proving that to be true night after night, show after show. 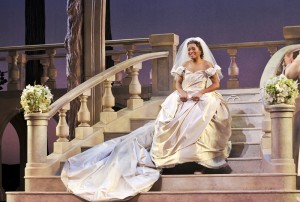 Growing up with Brandy as my Cinderella in the made for television version, I am more than ecstatic to see more African American representation playing classic roles. Young black girls can now realize that these roles and identities are available to them and are more than possible even in their wildest dreams. It provides a plausible narrative, “just because you have never seen it doesn’t mean that you it can’t be it.”