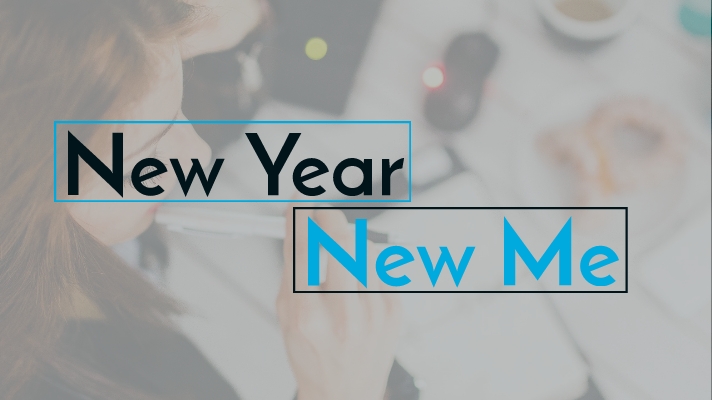 It is now the 24th day of January, we are about three weeks into those new year’s resolutions. How are you doing, sis? (Sidebar: I hate the word “sis”, but it fit so oh well.)

Every November/December we put ridiculous pressure on ourselves to set “goals” for the new year and plan to start attacking these goals on January 1st. In reality, for some of us, planning to begin anything on January 1st is a set-up for failure because many of us are worn out from the night before. But, there’s always January 2nd, right?

Wrong! For some reason, once we go off track from the “set” plan, we are less likely to pick it back up. Why is that? 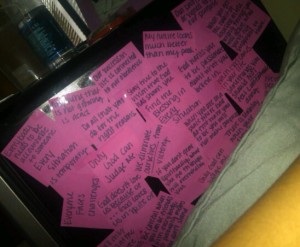 2010 – Three Years BEFORE Being Mary Jane

I’ve written in previous blog posts about my obsession with planning and setting goals. I was really compulsive about it before 2015. I would have themes and steps to achieve each goal. I made lists and plans. I then posted said lists and plans EVERYWHERE! Yes, I really mean everywhere: On my bathroom mirror, in my notebooks, in my planners, and the list (no pun intended) goes on. Last week, I even saw a picture from 2014 of my cubical with that year’s goals listed and pinned to the cubical wall. I also am in recovery from posting random lists on my living room walI. I  literally cannot help myself.

I have since calmed down. Still, when my friends call me with a dream, you can bet your last dollar my response is, “Girl, let’s make a plan.”

We can call 2014-2016 a dark period of my life. This kind of sucks because your mid-twenties should be fun, right? At the end of 2013, I did my usual thing. I made all these goals and put some strategy behind them, but I just kept missing the mark. I go into more detail about this here. In this post, I’ll skip to the end of the story. I stopped making goals for about two years. I just let life do its thing. At first, I was anxious about it. However, eventually letting go of “control”, that I really did not have in the first place, was calming. It was actually balancing. It helped me to explore why I was setting these particular goals and who were they really for. Transparent moment: they weren’t for me. They were for who the “world” wanted me to be. I actually had deep conversations with myself, and GOD, to determine what it was that Christina wanted. Please note that these conversations are ever evolving and never have an end point. It is important to be in tune with yourself. 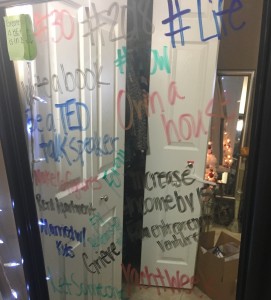 Towards the end of 2017, I wanted to get back to being more intentional. So, I wrote more of a wish list than a goal list. At one point, it was written on my mirror. I categorized the list into four periods: now, 2018, before 30, lifetime. I took a picture, transferred the list to a sheet of paper, and never looked at it again. It wasn’t until a few months ago that I looked at the list and realized that I had accomplished a lot and was actively working on those things I had not yet accomplished.

Fast forward to 2018. Different women in my life kept attempting to have vision board parties. We wanted to have one for the Women Exceeding team but spent that time strategically planning. My line sister, Chelbi, planned one, which was rescheduled for never. (LOL) Chelbi and I planned to attend one my friend Loren was hosting, but being the flakes (just kidding) that we are, didn’t make it. I even explored hosting one on January 1st. (Please see the 6th sentence of this blog) Bottom line: We did not make it to anyone’s vision board party. However, I privately started thinking about setting goals around October. I actually wrote them down in November. However, this time I did something different…I started working on them once I wrote them down. 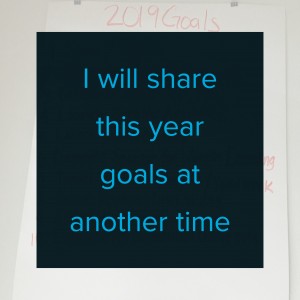 There was no point of waiting for the calendar to change. Starting before January 1st really put me in a great place mentally. I ended the year changing the negative mindset I had in Quarter 3 to a positive mindset. (I founded Women Exceeding. And YES, I can get in a negative funk.) I bought that positivity established in Q4 into 2019. There was no “new year, new me” cliché, because changes were already in progress before the new year commenced. Chelbi and I made a plan to write down something that we are grateful for every day. I’ve been doing a decent job, but some days I have forgotten. Instead of quitting, I simply reflect (and use resources, like text message history, to help me remember what I was grateful for on any missed day (LOL). In fact, this totally slipped my mind over the weekend. So, I’ll be using my “resources” this evening. 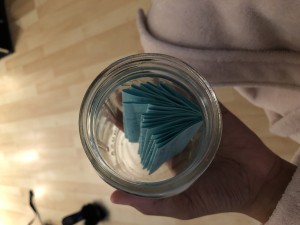 Lifehack: NO ONE has it together. 😉