Our Two Cents on Seventy-Nine Cents

With Equal Pay Day on the horizon, here is your reminder that the gender pay gap in the United States workforce still exists and there are things you can do about it. Currently, women earn 79 cents to their male counterparts’ dollar. Over the course of her career, a woman could potentially forego millions of dollars due to under compensation, lack of diversity in management, unfair hiring practices, unconscious bias, and gender discrimination. While some consider the gender pay gap a myth, the data says otherwise. Here’s what we’re doing to pick up the pace for equal wages.

Whether you are running your own business or leading a corporation, you have the ability to eliminate internal pay gaps. Take a look at your employees’ compensation, including their salary, benefits and incentives. Recognize trends and outliers to determine where adjustments must be made.  Ensure there is diversity in management and closely, review your hiring practices. Increase the base pay of any employee who is underpaid compared to their counterpart who holds the same position. If there isn’t gender diversity in management, create a plan to put more women in these roles.  Train and mentor your employees on Diversity and Inclusion in the workplace. These activities create opportunities for an inclusive culture in your company. 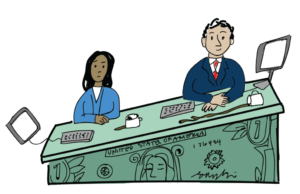 Women are four times less likely to ask for a salary raise than their male counterparts. Only 30% of women negotiate their compensation packages, while 46% of men negotiate. According to Katie Donovan, founder of Equal Pay Negotiations, these figures add up to almost $2 million in lost revenue over a lifetime for the average woman seeking to climb the leadership ladder. As a woman employee, here are things you can do to close the gender pay gap. Do your research. Find out what you should be earning using online tools and resources like Glassdoor’s Know Your Worth or Comparably. Do not allow an employer to set your salary based on a past salary with a previous employer. When asking for a raise, remain confident and optimistic. Prepare to share your accomplishments and added value. Practice your pitch and anticipate questions. Keep in mind eighty-four percent of Employers expect prospective employees to negotiate salary. You do not have to accept the first offer you receive. Last, but not least, if you do not get the response you are looking for, keep trying.

Not all female workers are in the position to push for a raise, so this alone will not close the gender pay gap, but there are things outside of the workplace we can do to combat women’s pay inequality. In 2009, President Barack Obama signed the Lilly Ledbetter Fair Pay Act, which prohibits gender-based discrimination and allows women to fight back against discrimination in the workplace regardless of when it began. While this is progress, it is still slow-paced, as federal policy-making in regards to the wage gap has stalled under the Trump Administration. In 2017, President Donald Trump repealed the 2014 Fair Pay and Safe Workplaces order. However, state legislators are still working to close the gender wage gap. Find out what your state is doing to create equal pay. Speak out against gender bias. Challenge your peers to engage in the conversation. 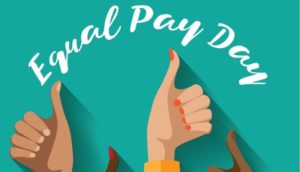 April 10th is Equal Pay Day. Keep in mind that the date symbolizes how far into the year women must work to earn what men earned in the previous year. Whether you decide to ask for a raise, challenge your company to create gender diversity in management plan or support state legislator, know that you are progressing toward gender equality. With more women in the U.S. workforce than ever before, it is essential we no longer leave any money left on the table.