The Extreme Cost of Childcare 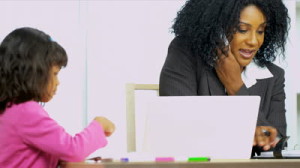 In over 31 states it costs more to send someone to a public college than it does to put only one child in daycare. It’s amazing that in 2015 we still have mothers struggling and debating between whether or not it makes sense to work rather than to pay thousands of dollars for decent childcare. This reality has become so much the norm that it is such a farfetched idea to us that we used to have universal childcare in this country during World War II in hundreds of communities. President Nixon actually vetoed a bill in the 70s that would have given the US universal childcare. I supposed the big question is why is this even an issue still? Mothers in this country especially carry such a burden, particularly those in low-income families. It’s really a no win situation. Put simply, people can’t afford to pay what they’re paying, but most don’t have a large assortment of choices. But what’s also shocking is that childcare providers are many times living in poverty themselves or if not, still make very little. 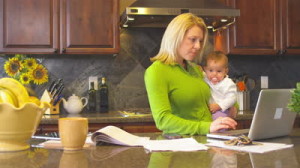 For parents who want to stay home with their children and have the privilege of a dual income household the decision seems to make itself but the truth of the matter is that isn’t an option for most. We have a system where instead of supporting parents when they choose to have children, we push them to the brink of financial crisis, which in turn injures the economy. With President Obama arguing for higher quality childcare benefits, which wouldn’t just benefit individuals but the entire nation, things could slowly begin to change. Public schooling wasn’t always what it is today and someday infant-toddler childcare could be on the same level of public subsidy. Time will tell.