What an exciting time of the year! In January, President Barack Obama gave his 2014 State of the Union Address, in which he introduced the When Women Succeed, America Succeeds initiative. Women Exceeding was afforded the privilege of attending the When Women Succeed, America Succeeds Houston Summit. It was almost as if the stars aligned, being able to attend such an amazing event with powerful women the same week that our organization launched. Here are a few highlights from the event, which took place on March 18th, 2014.

Before the panel was introduced, award winning recording artist, Kim Burrell sang the lyrics, “We might feel down but please don’t count us out.” Heavy hitters on the panel included Congresswoman Sheila Jackson Lee, Congresswoman Terri Sewell, and Minority Leader Nancy Pelosi.

We were greatly encouraged, inspired, and empowered at this event! We have great plans to share with you all and we thank you for your support! Welcome to Women Exceeding! WE are happy to have you! 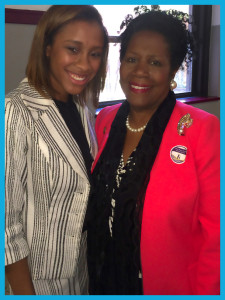