Why Failure Is More Important Than Success 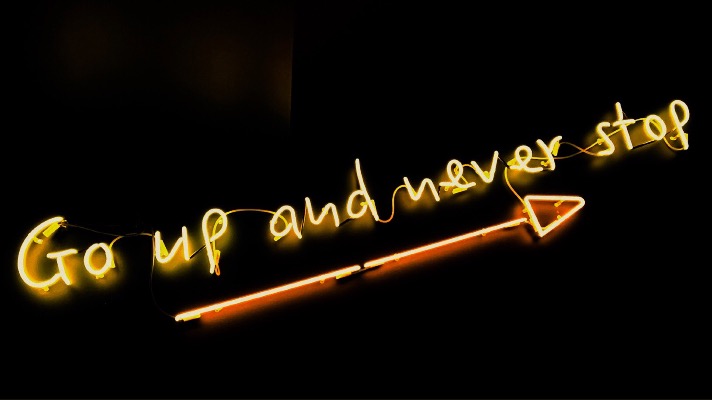 “If at first you don’t succeed, dust yourself off and try again.” – Aaliyah Haughton

While this quote may originate from an ancient philosopher or some prominent historical figure, I first heard it from the late R&B singer Aaliyah’s song, “Try Again.” Despite the fact she was singing about a man being persistent in his efforts to court a woman, I remember the phrase often because it is applicable to literally almost everything we go through in our lives. Children learning how to walk will continue to get up after falling down again and again; a basketball player will shoot hundreds of free throws before perfecting his form; and a job candidate will interview countless times until they get hired.

Since the dawn of society, we have been conditioned to treat failure as a downfall, a negative occurrence, a set back, or something we should avoid altogether. Failure is a state of mind that is a consequence of a societal construct. Think about it: if you don’t win first place, you lose; if you get poor grades in a class, you are not doing well in school; if you drop out of high school or college, you are stigmatized as uneducated. There is nothing to look forward to in failure; there are no prizes, recognition, or awards. All the glory is reserved for those who avoid failure and, in the eyes of society, succeed. We have all been conditioned to live this way of life. The danger of this conditioning is that, often, we neglect to realize what value we can find in failure. Even that sounds absurd, right? If success is the goal, then what value is there in failure? Let me tell you.

Failure allows you to have a learning experience; one which will get you the success you so desire. For the baby learning to walk, he eventually learns how to keep his balance, the effect of putting one foot in front of another, and the importance in keeping a steady pace. For the job candidate going on tens of interviews, she learns how to answer standard questions, communicate effectively, and prepare for future interviews. Failure is valuable because it encompasses the stepping stones that lead to success. We are capable of finding genuine success in those things we have struggled to accomplish depending on how we respond to our failures. Appreciate the struggle!

This is a simple, yet neglected, concept. We need not strive for failure in order to learn. Instead, strive for success but be open and willing to fail along the way. It is the personal aspect of failure that keeps us from realizing our potential. Said aspects include what you think about yourself, how others may now see you, backtracking on your goals, and falling off whatever pedestal you or others have put you on. Fall if you must, but as Aaliyah would tell us, be ready to try again. Once we are over the personal defeat of our endeavors, we must take the experience and use it to our advantage. As such, instead of dwelling on a failure that you cannot change, create change on your own.

We will continue to encounter anticipated and unexpected failures in our lives despite who we are and what we have accomplished. No one is immune to failure. When I say, “failure is a state of mind” and “a societal construct,” I mean that we have ascribed to society’s meaning of what it is to fail. We need to define failure for ourselves. Without learning to embrace failure, we are missing out on opportunities to learn and inhibiting the very success we desire. Thus, to see failure as a value and as a stepping stone to success is much more important than actually succeeding. We never lose, we either win or learn something new.