You May Lose Before You Win 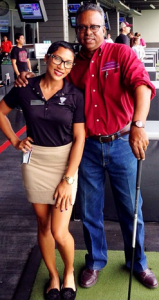 The Golf Course: The place where business men would close deals leaving the women at home, at the pool, shopping, cooking, or doing other “womanly tasks.” The golf course was no place for a woman. However Ed McDaniel believed the golf course was the perfect place for he and his daughter, Maggie to spend time together.  He soon learned that his daughter had natural talent and immediately began nurturing her gift. Maggie went on to become a star junior golfer in the City of Houston and eventually was awarded scholarships to play Division One golf as student at the University of North Texas. 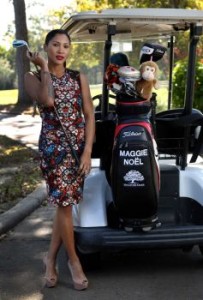 It was at the University of North Texas where Maggie began having major anxiety, which had a huge impact on her game. She found herself missing very elementary shots. At a very young age, Maggie reached a crossroad in her life and was forced to make some tough decisions. She took a year off from golf. Within this year she did not once pick up a golf club. Stepping away from the game was an extreme lifestyle change because from age of six years old, golf was her life. Maggie described this period of her life similar to a bad break up. She said she just needed some time away, but she started to miss the competition. Upon returning to golf she won a competitive tournament and picked up sponsorships. However, the anxiety returned, with anxiety about the anxiety. 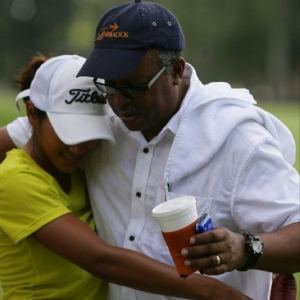 How did she get through it? She accepted “the fact you will have ups and downs.” Maggie decided to take a different role in the sport that she loves so much. She began to share the craft of golf through instruction. Her students are absolutely in love her and with golf. She is able to share her passion with youth that typically would not have access to golf instruction. Her goal: to grow the game of golf. Maggie wants to help diversify the “typical” golf player. She wants the face of golf to be brown, yellow, red, black, white, both male AND female. Eventually, she wants to have her own facility to be the home of Maggie’s School of Golf. 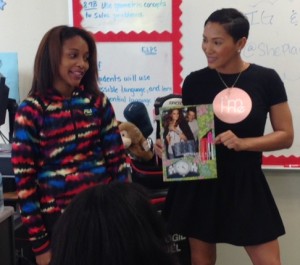 Maggie is a Jill of all trades.  Not only is she a golf instructor, she also is a franchisee of Colbert/Ball Tax Services and participates in numerous charitable causes. One cause that is close to her heart is JJ’s I’m Me Foundation. Radio host, Jillian Simmons, founded JJ’s I’m Me Foundation, which “provides positive social experiences, character building training and self worth through education and entertainment.” Maggie participates in the I’m Me Tour, which takes place at different schools. She hosts a session on goal setting and vision board creation. Maggie takes her belief that “as a society we can all do better” and takes actions to make society better. She is an athlete, entrepreneur, mentor, and so much more. What is admirable about Maggie Noel is that she takes the cards she has been dealt, wins, and spreads the wealth.